How To Host A Cluedo Party

HomeBlogHow To Host A Cluedo Party

Ever thought that board-games would be way more fun if you could take it off the board and into the real world? While feeding hungry hippos is probably super dangerous and the contraptions in mouse trap would take an engineering degree to create, Cluedo is an awesome board game that can be taken off the board and into a murder mystery party game for you and your mates. Here’s how to set it up.

Cluedo is a murder mystery game where players wander around a huge mansion on the hunt for clues in order to solve the murder of poor Dr Black (aka Mr Boddy *rolls eyes*) by proving which murder weapon was used, and which room the deed was committed in. Ideally this game is played with 3-6 people, but I’m sure that with some creative energy you could dream up some more colour-based name puns to add a few more mates to the action. 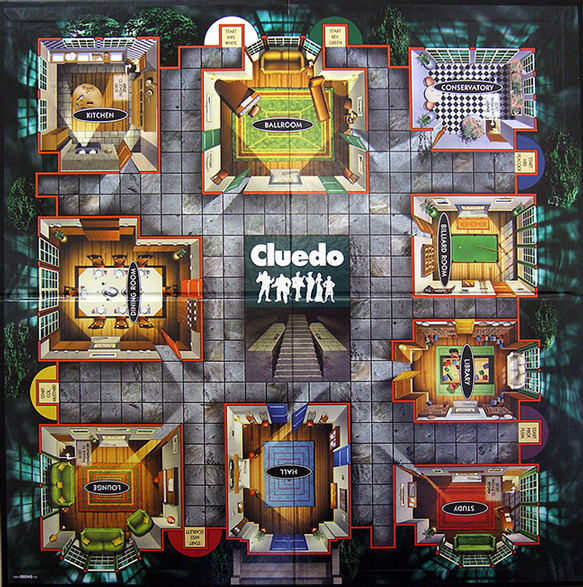 In the game, you roam around the Tudor Mansion, where there’s 9 rooms, with some linked by secret passages. Assuming you don’t have a similar mansion, you’re going to need to assign the rooms that will be in the playing field. If you’re in a small apartment or home, consider dividing rooms into smaller areas so that you can get as close to the board game version as possible. The rooms are;

Head to the hardware store or $2 shop and pick-up your murder props; 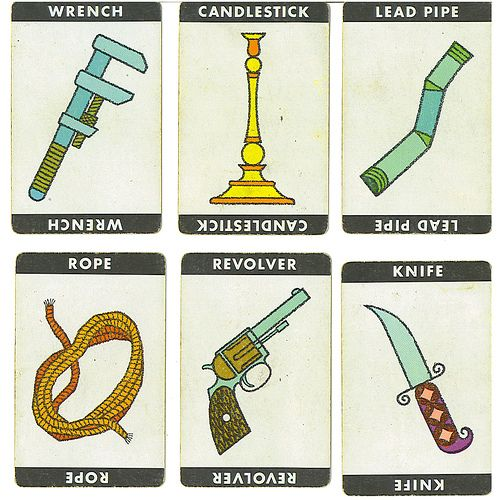 Should you be able to re-create the murder weapons and 9 rooms, each of the 6 players will have 324 possibilities to choose from when trying to decipher who dun it. Use the cards from the actual game and follow the instructions but with you and your guests moving around the home, making the notes and pulling off their best Sherlock impressions. You could look at dice rolling and using “steps” instead of game squares as the measurement of movement.

If you’re really keen to make a night of it – assign characters early on and make it a themed fancy dress party. Vinnie’s or the Salvo’s stores should have some fantastic options for very little money, so start there – the whackier the better! 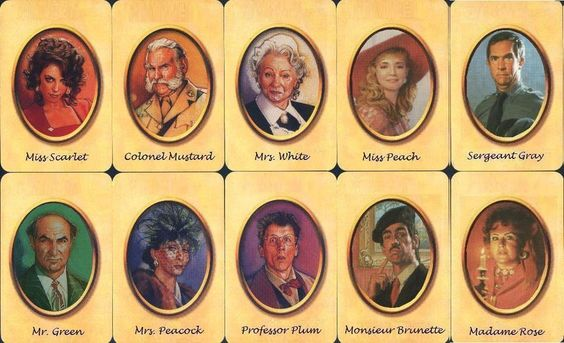 Sealed in an envelope in the middle of the playing area are three cards that dictate the guilty party, the weapon used, and the room where the deed was committed. During the course of the game, the players hold the rest of the cards in equal numbers.

Players can then begin to “suspect” other players, but only in the room that they believe the murder was committed in. Once suspected, the player to the left of the suspecting player must disprove (if possible) that suspicion.

Repeating this pattern is a process of elimination until one player makes an “accusation”. If the accusation is incorrect, the accuser is out of the game. If they are correct, they win the game.

A cluedo mystery game is a great night in, but if it’s time to get the squad out and about for a city trekking team building event, look no further than Great Race.

Great for birthdays, office team building, hen’s & buck’s, school, and uni groups – Great Race offers a wide range of activities that are custom tailored to your group’s goals, all hosted by professional game masters. Get in touch today and let’s fun!