It’s a phrase that often conjures mixed responses from corporate teams. For some, it’s a day or two of conferences and lectures about working as a team, respecting your colleagues and driving profitability through increased productivity.  For others, it’s a day off normal duties – woo hoo!

While there’s no doubt that those talks are valuable and necessary, team building’s not all about talking and ‘corporate team building’ doesn’t have to be so…corporate.

So let’s put the office, office attire, desks, chairs and computers to one side and dust off one of the best team building activities you can do – GAMES.

WHY ARE GAMES GREAT FOR CORPORATE TEAM BUILDING? 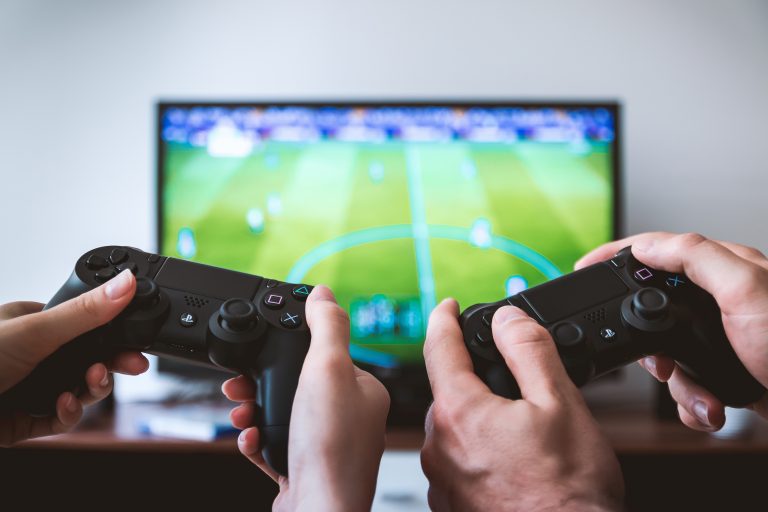 Games, whether it’s board, video, indoor, or outdoor are designed to bring people together to work towards a common goal – sometimes in competition, sometimes united. With games you’re being challenged by things you don’t interact with on a daily basis at work. It’s not about making more sales, it’s about getting as many general trivia questions right in 15 seconds, or trying to guess what the hell Jake is drawing in a heated game of Pictionary.

While it may just seem like fun on the outside, it’s actually utilising some behavioural skills that are critical for increasing bonds with the people you’re working with. Before delving into those behavioural similarities, let’s first consider the biggest behavioural difference – your corporate persona.

While there’s shared behavioural values in playing games and enjoying your job, there’s a distinct difference in your behaviour between home and work personas.

Personality scientist at Cambridge University, Sanna Balsari-Palsule, explains that not only is having a different persona for home and work common, it’s in fact so common it has its own name: free-trait behaviour. Free-trait refers to going against our ‘natural tendencies’ where we actively behave differently. Balsari-Palsule indicates that this is out of a perceived need to do so with many of her study participants believe “acting differently from their natural selves is an intrinsic part of their work role”.

This can be evidenced more clearly with introverts, says Balsari-Palsule, as they have a tendency to become more extroverted at work in order to receive recognition: “…being more sociable is often linked to being more liked, or at work, the perception of a leader is one who is dominant and assertive, which means that extroverts are often more likely to promoted or selected for leadership positions.”

Of the introverts included in the study, they saw this acting as a positive as it did lead to work benefits, career climbing, and some even enjoyed the challenge of being different at work. It’s important to note that having a corporate persona isn’t a bad thing, but like switching off after work you just need to ensure you have breaks from it.

While there’s certainly nothing wrong with these barriers, the fact that they’re so common certainly indicates that there’s an interpersonal barrier there with the people you work with. Staying in the corporate environment then, like those conferences/presentations we mentioned earlier, may be beneficial for learning the theory of team building but may not actually create stronger bonds within a team as those persona barriers are still up. 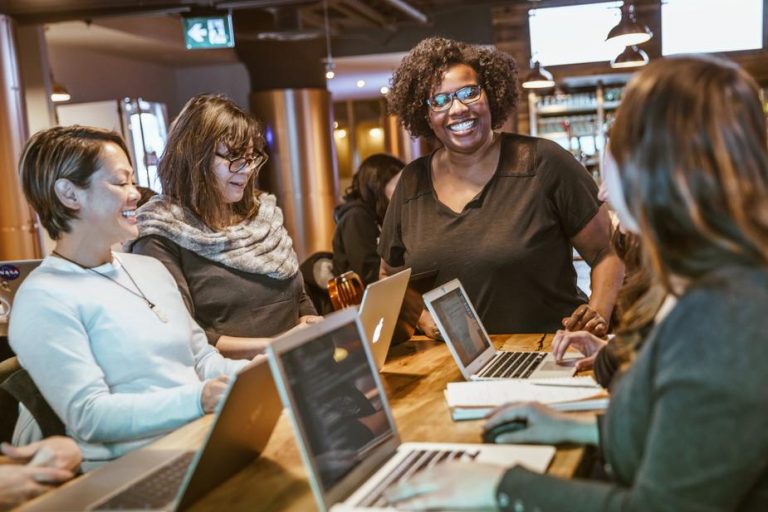 Back to 2007 Nick Yee, a Stanford University scientist, published a paper on ‘CyberPsychology and Behaviour‘. While this was based on online/video gaming, he proposed three components that make gaming so intriguing and they can easily apply to any time of game, on or offline.

The sense of achieving something, being able to communicate and cooperate/compete with others, and being immersed in the task at hand are not only the components identified by Yee for gaming, they ring true for any corporate endeavour.

Recently, we asked ‘What Makes You Happy At Work?‘ and we discovered five primary factors that play the most pivotal role, those were:

The links are clear.

Achievement And The Sense Of Completion

Whether you’re making a sale, solving a riddle, or trying to buy a hotel on Mayfair, you’re living for that ‘YES!’ moment, that sense of achievement that fills you with the warm and fuzzies. Playing games removes a lot of the negative pressures associated with the challenge proceeding that possible achievement. The stakes aren’t as high (in reality) but you still get the thrill of not knowing the outcome and fighting for a positive one.

In a corporate context, managers are able to witness how you approach a challenge, work with your team in order to achieve a positive outcome, and which roles the participants take in that team and how that differs to your roles at works. This can open an opportunity for anyone to take a lead OR show off a talent that the rest of the office was unaware of.

Either way, you learn more about your colleagues and their abilities and it can positively alter the way you work when you get back to the office!

Sociability And Receiving Feedback From The Job

Your culture at work, how well you get along with your colleagues and the feedback that you receive (positive or negative) at work all play a critical role in your happiness at work.

When you’re playing games, your team is put in a “fun” frame of mind where you have a challenge to overcome together and that means that you’re going to have to learn more about your team in order to see which skills you have at your disposal.

In order to make your game enjoyable and encourage your team to do well you’ll need to provide feedback and communicate with each other. This is, of course, an invaluable skill in the workplace yet still often under-utilised. Learning this during a game is easier as it allows for trial and error without any real world repercussions that may affect your employment.

Finally, this cross over is multifaceted. Games allow you to be immersed fully in the moment, and depending on the game immersed in a character too. It takes you away from the 9-to-5 and drops you temporarily into a new world or scenario. This immersion will likely encourage a different persona to come forth- one your colleagues may not be used to. This happens naturally and be really exciting for you and your workmates as it cracks the surface of that corporate persona.

Depending on the game you’re playing you’ll need to show a level of autonomy in decision making and problem solving based on a variety of different puzzles and challenges. Working together as a team is the goal, but in order to do that each member has to feel empowered within themselves and be given a chance to show their talents. As any team builder and corporate manager will tell you, it’s the ability to recognise and use the variety of skills from your team that achieves the best results.

GET YOUR COMPANY INTO GAMES 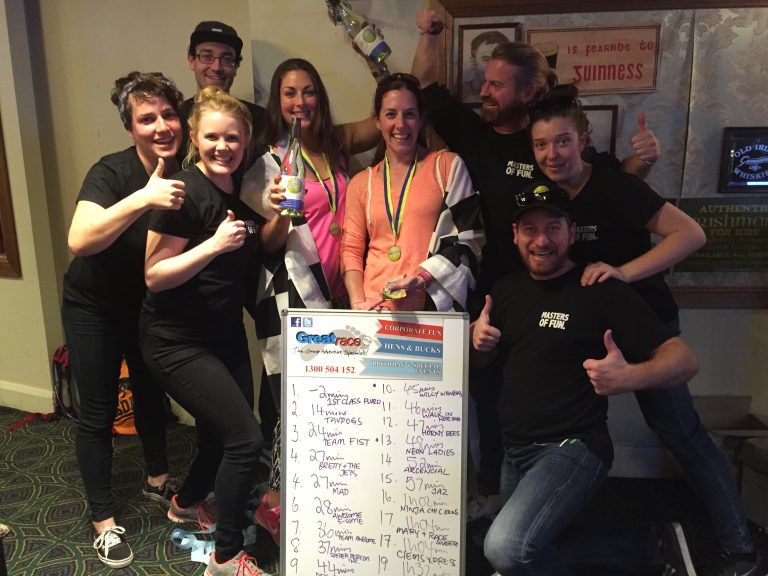 What we think the above shows is that what you’re looking for to be happy is at work is the same feelings you have when playing a game, and that’s pretty cool!

So next time you’re business is looking to strengthen the bonds in your team while having heaps of fun, get in touch with Australia’s best games masters – Great Race!