It was off to the amazing Little Paul’s restaurant in Albion, Brisbane, for an awesome night of games with the team from the Australia Cricketer’s Association!

With heaps of the team waking up at 4am that day to get to their work stuff so we were pretty amazed at just how much energy everyone had!

Speaking of, here’s Josh with a quick recap of one of the games;

“The ‘Would I Lie To You’ was very funny – one contestant literally talked on what he ate for breakfast that day, one told an extremely elaborate lie that was almost too crazy to be made up and one tripped himself up getting caught out on his lie because after a very very simple question he just crumbled!”

Perhaps not a surprise, the “Temper Tantrum” physical challenge was the most competitive of the night. With a room full of athletes and sports fans, that was a given right?

At the end of the night (and before the amazingly awesome looking italian food) it was Table 6 who won!

Congratulations table 6 and a huge thank you Kylie and the team! 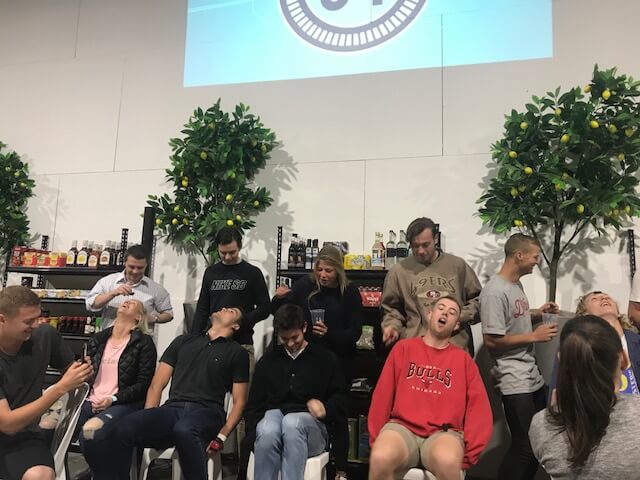 Want to have a little fun before your team dinner?