You could smell the competitiveness in the air as the crew from AnalogFolk descended upon Observatory Hill and donned their team colours. The banter and mud-slinging had begun long ago and had no sign of slowing down. This was going to be a fiercely fought race!

There was an odd stillness between the teams as they intently listened to Samm and Skyler outline the rules of the game and what their next 2.5 hours would look like. The break-in banter was short lived though as the talk switched to personality types. With a mix of strategists, designers, project managers, and administrative team members utilising the varied personality types and core skillsets would be the key to winning the day. 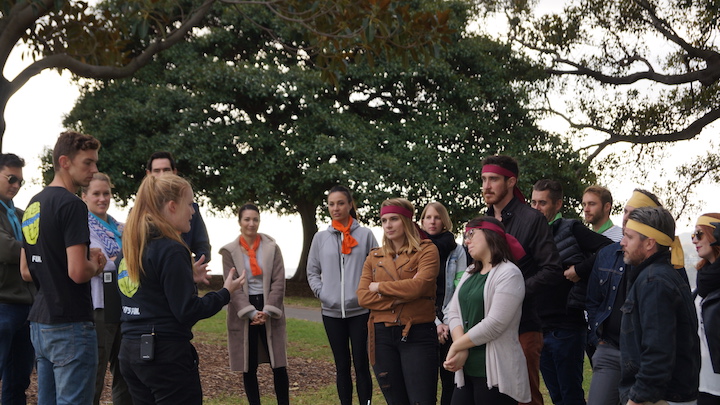 With the rules laid out and the teams itching to start, they lined up to take the first challenge: Trivia Time Trial. This involves a member of the team running into a field of riddles written on small easels. They must memorise the riddles and return to their team to recite it and solve it together. The red team excelled here finishing well ahead of the other teams, but the next part of the challenge seemed to have them stumped as they struggled with the tangram puzzles. 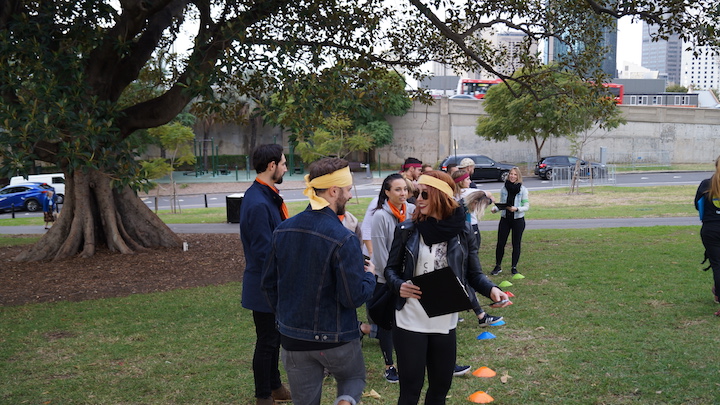 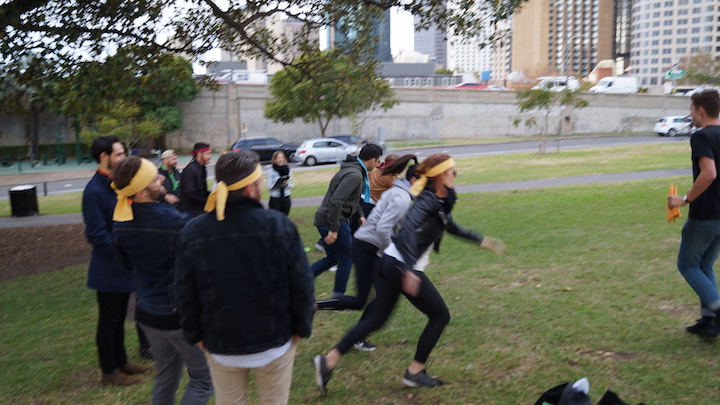 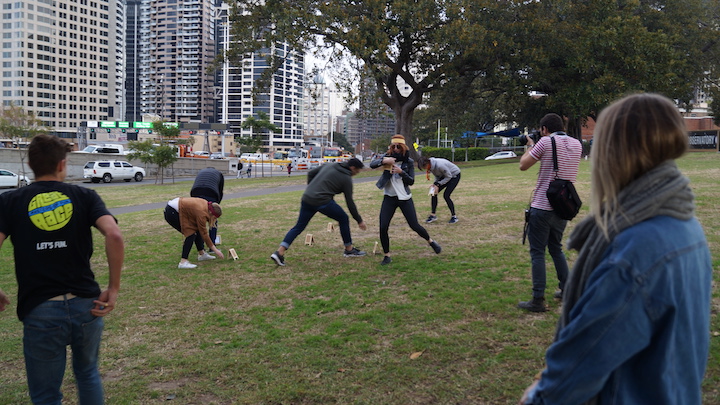 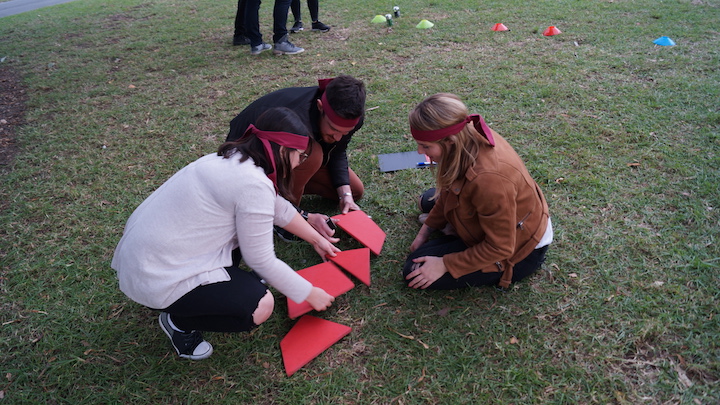 It was the time the others needed to catch up and all teams set off to the next location within 10mins of each other. Waiting for them down in the backstreets of Millers Point was a challenge where they needed to solve a puzzle to get a code and unlock a box to find the next location. Four teams ended up together here and sabotage selfies (and just general sabotage) abounded! 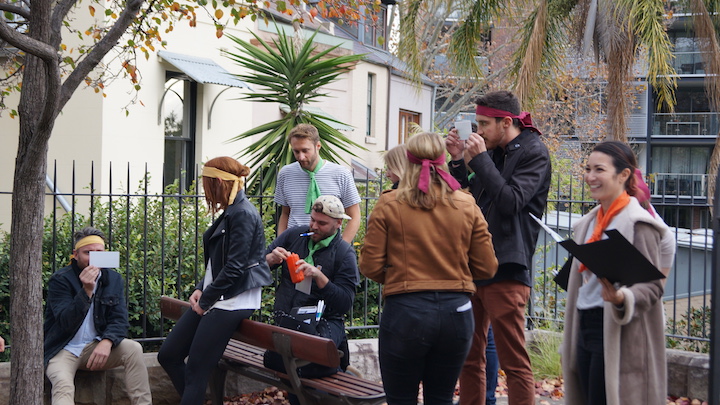 From there, it was on to the next challenge, out of reach! Teams must build a sturdy fishing rod-like device to retrieve rings from a Quoits set. The Blue team were on fire with this challenge and made it look easy! (it’s very not). 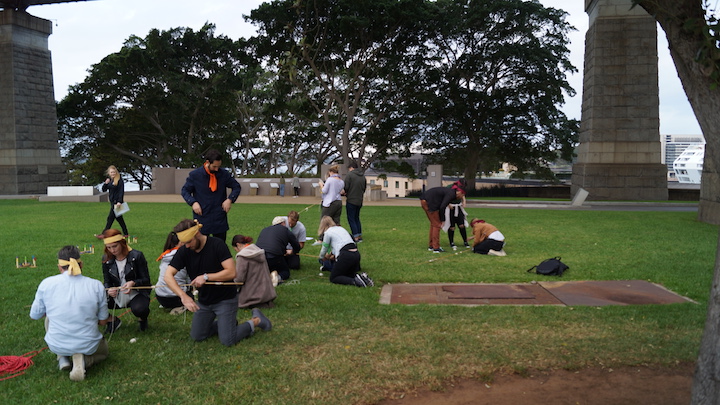 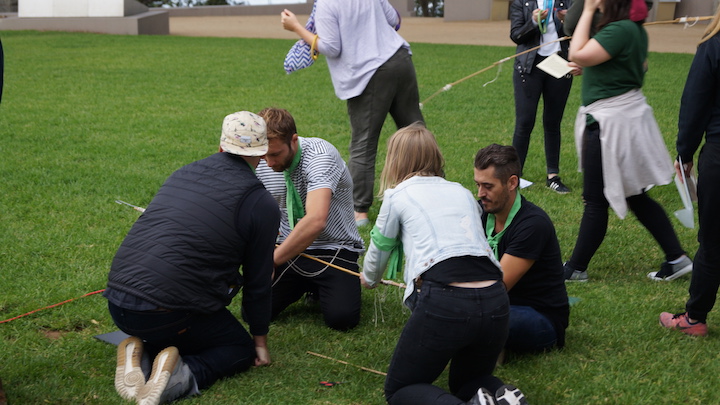 With the teams mostly together up until this point, the game heated up as teams left the challenge location and headed out to complete the rest of the challenges and bonuses in whichever order they thought was best.

As they head out through the Rocks and down into Circular Quay, they were climbing trees, finding mustaches and fancy dress-ups, applying tattoos to their face, eating weird things and desperately trying out-do each-other. The Yellow and Blue teams had created an alliance early on, but unbeknownst to either team, both had bartered the deal only to break the allegiance and the first opportunity! 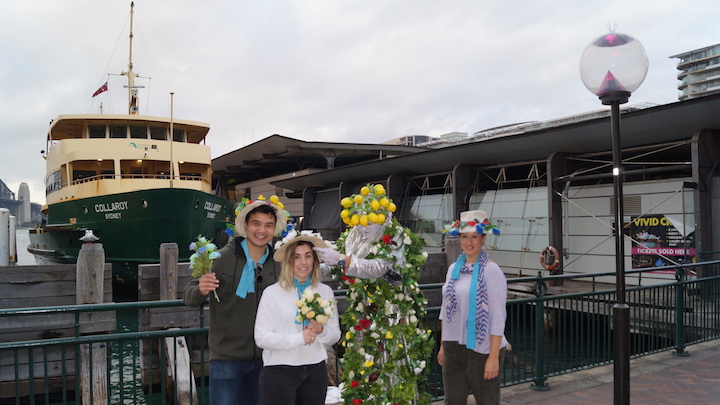 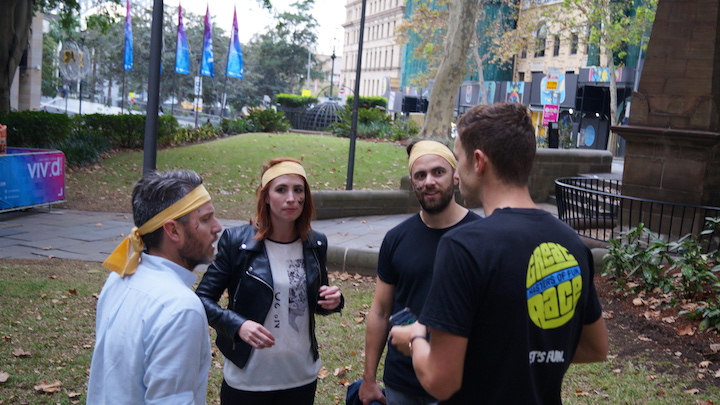 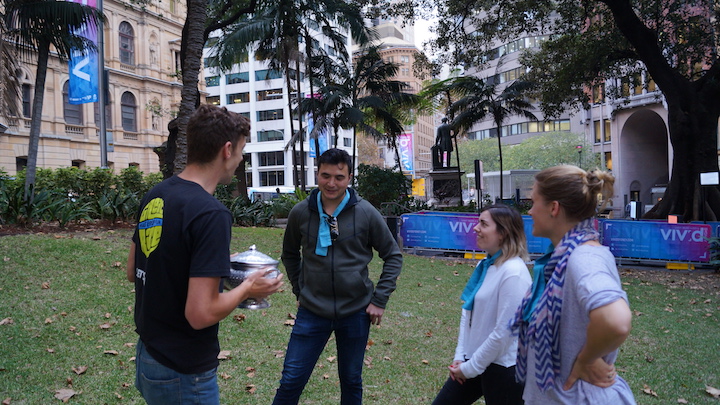 As the time limit neared its end, all teams descended upon the final location to check-in with the hosts and show-off their hard-earned results.

The banter was merciless as the competitiveness had been brewing over the past hours. Then, with great anticipation, Samm and Skyler were ready to announce the winners… 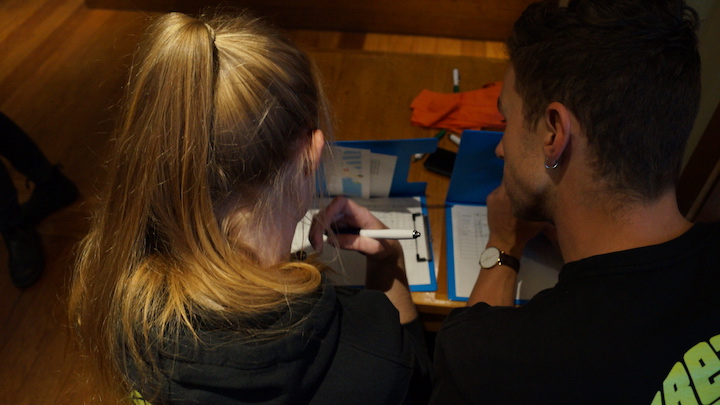 As Samm masterfully detailed the highlights of the races and challenges and delivered the results for each one, she started with telling the yellow team of their eating challenge time, which they assumed to mean they had “slaughtered” the competition. Watching them let rip into the other teams with such winners elitism was only matched by them crashing back to earth as Samm explained that it was, in fact, the slowest time… 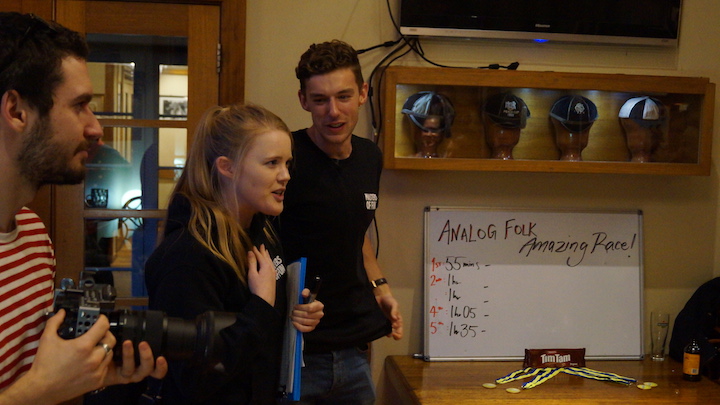 As everyone doubled over in laughter, the look on the yellow’s team faces could only be described as embarrassed heartbreak. HILARIOUS.

As the results came in and the teams cheered and jeered in equal measure, the final standings were announced and it was TEAM RED that won the day with a super impressive eating challenge time and 18-person conga-line being the highlights of their victory! 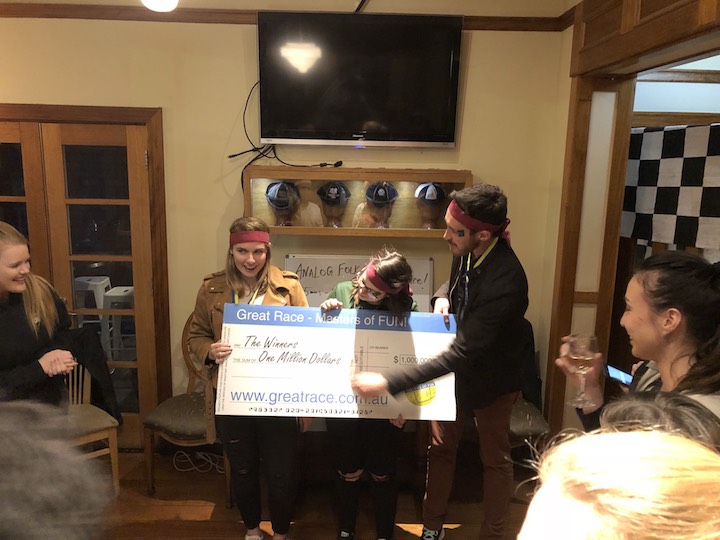 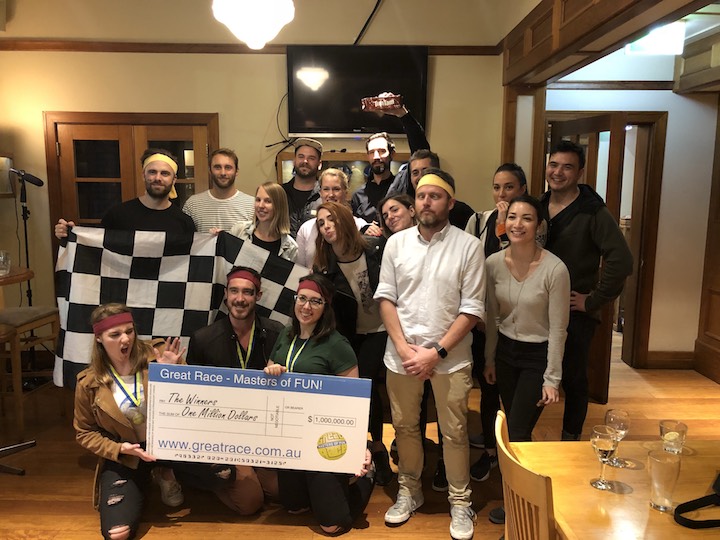 Congratulations to Emily, Naomi, and Alec from the Red Team, and to all the players from AnalogFolk – it was an intensely fought and ultra-competitive race that was an absolute blast!

Thanks, team AF – we hope to you all again real soon! 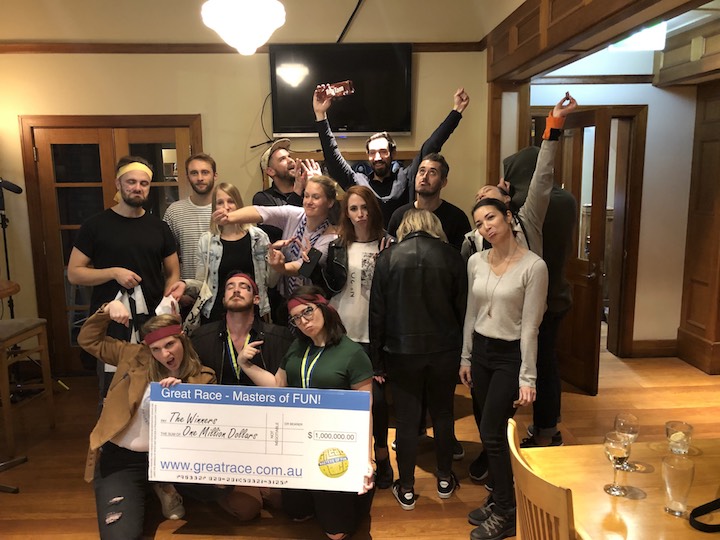 Want to tear up Sydney CBD with your work team?