Forced isolation and the subsequent cancellation of many forms of go-to entertainment venues has been a real shock to the system, but adversity breeds innovation. Thankfully, current circumstances have also brought about a very welcomed increase to the volume of people wanting to share hilarious online content of themselves.

These videos offer a distraction, some sunshine and humour during these crazy times. They are a way for us to connect with our friends and colleagues and keep our minds off what we read in the news.

With all this in mind we have created the Online Film Fest event that to uncover the hidden talents and comics in your team, you’ll also be delighted and surprised at how so many non-gregarious people find a way of to shine in this challenge. This is a way for the team to communicate and share their thoughts and feelings with each other in a unique and fun way.

ENQUIRE NOW TO RECEIVE YOUR EVENT INFO PACK AND QUOTE!

Location: The comfort of your own lounge room or home office. This game is online but we had to write something in this section to keep our website nice and uniformed!

The challenge is for your team to create a short video based on a particular theme or genre. They can use whatever device or app they wish to create their masterpiece and they will the need to submit their film for to our team to review before the deadline, whether that’s two days or two weeks.

To showcase the talents of the team, we preselect a suitable time and date for the screening. Via Zoom, we will then showcase the best films. Individuals will only know if their film is a finalist on screening night. Once all films have been screened we then run an awards ceremony where we will announce the winners of several categories from ‘best actress’ to ‘best film’. This event is one of our most popular offline events and we are excited for teams to experience the joy and wow-factor of the online version. It’s so good to see your colleagues in such a different light.

This event can play out in a multitude of formats. Perhaps we are recreating famous films, we could be asking participants to create a documentary or mockumentary of their life working from home. We could ask a collective group of participants to film themselves lip-syncing to a popular song. We take all videos and cut them together to make a hilarious feel good video clip of the entire song. Everyone’s cameo will be featured at some point and some of the more gregarious performers getting a starring role for going the extra mile. For larger teams submitting their own Tik-Toks is also a possibility.

We really are only limited by our imagination with this online activity, so if you have an idea that you feel is crazy and you are not sure if you can pull it off, we want to hear from you!

ENQUIRE NOW for an info pack with details! 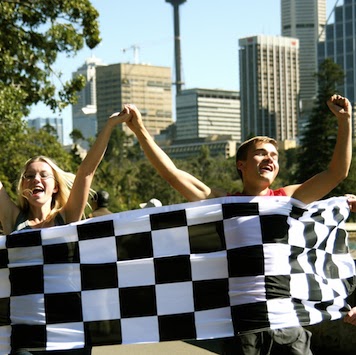 The Classic Amazing Race is an exciting and interactive team building experience based on the popular reality TV series. Hosted by professional Australian actors, this entertaining adventure contains all our favourite challenges, clues, and locations, making it the ultimate Amazing... 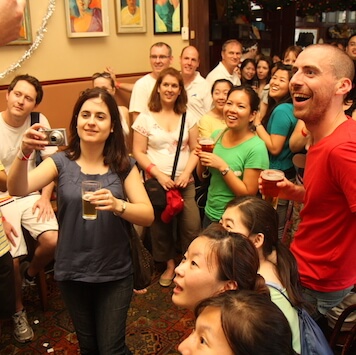 The Amazing Race with Bars is a combination of Amazing Race challenges and clues with a couple of drink stops along the way so that everyone stays hydrated! This game is all about strategy and fun, making it the ultimate... 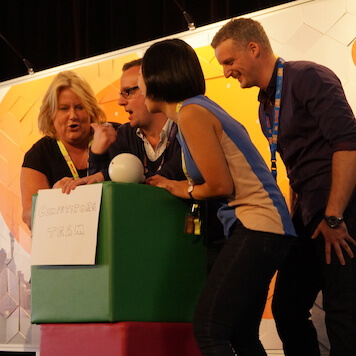 We’ve taken all your favourite TV game show challenges and combined them into one awesome event, complete with your own professional actor game show host! Played indoors with each team seated at a table, this is an awesome way to... 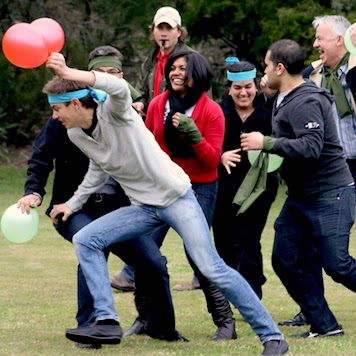 Outwit. Outplay. Outlast. Inspired by the immunity challenges from the hit T.V. show Survivor, we have created an epic battle to be the winning tribe. With a huge variety of games & challenges, this is an inclusive, entertaining & challenging... 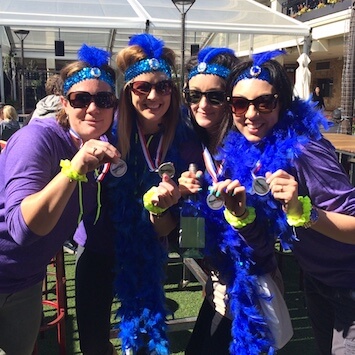 Minute To Win It

We’ve taken our favourite fast-paced challenges from the hit TV Show, Minute To Win It, and created an entertaining team building event that will have your team in stitches. Played indoors, this light-hearted competitive event is designed to get your...

Challenge the creativity, teamwork and innovation of your team in your very own short film making competition! If you’re looking for a teambuilding activity that’s totally different, totally surprising and totally hilarious, this game is all that and more! An... 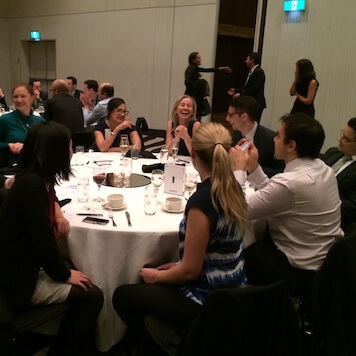 Great Race takes the tired format of a generic trivia night and flips it on its head for maximum fun! Whether one has the brain capacity of Homer Simpson or Albert Einstein our Adventure Trivia is an exciting collection of... 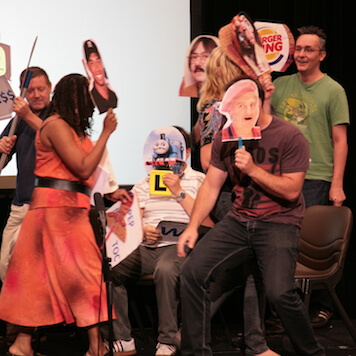 The Apprentice is a unique indoor team building game based on the TV Show where you get to create, market, and pitch your own cereal product! We can tailor the activity to suit your own brand or products to encourage... 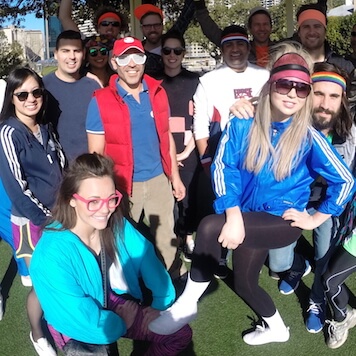 Beneath the beards and tumeric lattes lies the dark roasted underbelly of the extremely profitable illegal organic coffee trade. As cafe owners fight to brew the best cup of coffee in town, one owner, Jack “Jak” Miller, is found dead... 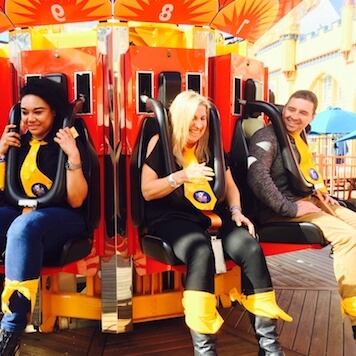 Our Custom Amazing Race offers you the opportunity to create your own adventure! We combine 10 years of expertise with your vision & ideas to design an unforgettable Amazing Race experience. ENQUIRE NOW TO RECEIVE YOUR EVENT INFO PACK AND...